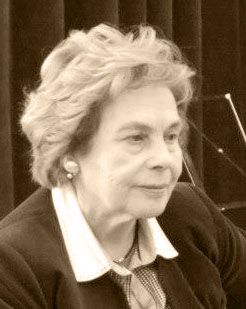 She began her studies of violoncello in Oporto (Portugal) until she get the top grade with Professor Madalena Costa. She won the prize “Suggia” and played Elgar concerto in the Suggia´s “Montagnana” cello.
She studies in Paris and Geneva with Pierre Fournier and continues in the United States.UU. (Bloomington) with a “Fullbrigt’s” assistentship as pupil and Assistant of Janos Starker
In Chamber music , received classes of G. Sebök, B. Greenhouse and M. Pressler. In early music with Safford Cape in Belgium. She was a member of the “Grupo de Musica Antiga de Lisboa” play ing the Viola da Gamba.
In the 1950-60s carried out an intense activity as a soloist, featuring recitals, orchestra concerts and making recordings. This activity culminated in her presentation at the Wigmore Hall in London with Sequeira Costa.
Was a member of the “Orquesta Sinfonica de Porto”, Nacional de Lisboa and Professor at the “Conservatorio Nacional de Lisboa”. It was co-soloist in the Gulbenkian Orchestra for twelve years.
Resident in Madrid (España) since 1976, she played in Chamber Music Groups and as a teacher helped the formation of prestigious spanish cellists
In 2001 created the Cello Forum of Spain which continues to operate under the designation of “Cello León” and is a reference for students of conservatories cello Spaniards.
In Portugal (Oporto) she created the “Fundaçäo Franz Schubert” organising Masterclasses with the most prestigious cellists like: L. Claret, M. Coppey, C. Bohorquez, T. Tsutsutmi and D.Grosgurin.
Currently teaches courses in different parts of the Spanish geography , Portugal Germany and Switzerland.