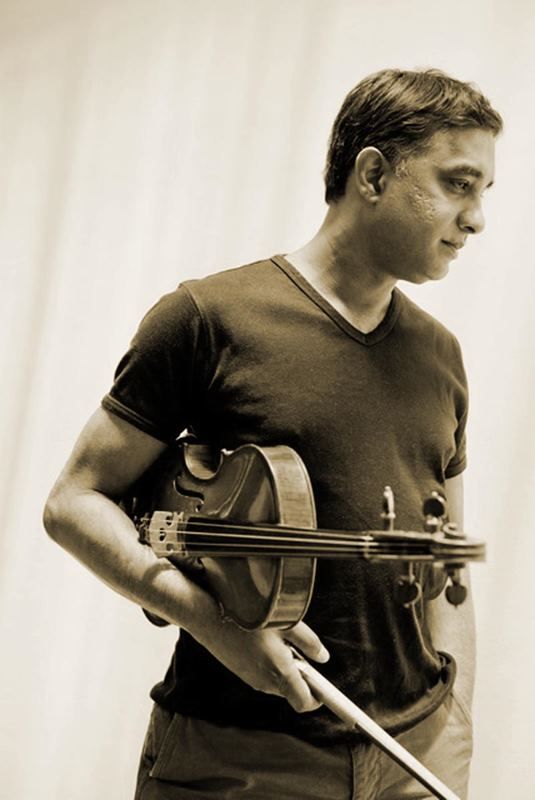 Ashan Pillai is now widely recognised as one of the leading violists and pedagogues based in Southern Europe. Early competition successes led to critically acclaimed recital debuts in London and New York (Wigmore Hall, Purcell Room and Carnegie Hall) and long collaborations as soloist and chamber musician with Christopher Hogwood, Christian Zacarias and Pinchas Zukerman amongst others.

As a result he has performed throughout the world as chamber musician and soloist in the most important festivals including, Schleswig Holstein (Germany), Casals (Spain, Puerto Rico and France), Kuhkmo (Finland), Ravinia, Aspen, Tanglewood, Sarasota (United States), Salzburg (Austria), The Proms (London) etc, and as soloist with the English, Scottish, Andorran , Czech Chamber Orchestras, the Gulbenkian Orchestra, Lisbon, Ensemble Modern ( Frankfurt)and London  and New York Musici.

Between 1994 and 1997 he won special prizes at Tertis and Rome International Competitions as well as Royal Overseas League, Park Lane Group and Artist International. He was a founding member of Mobius Chamber Ensemble, and member of the English Chamber Orchestra Ensemble and violist in the Zukerman Chamber Players in its quintet form.

He has recorded prolifically for EMI, Bel, Naxos, ASV, Verso, Columna, Altara, Oehms Classics and SGAE labels and his discography includes the most comprehensive collection of Spanish repertoire for solo viola and viola and piano. He has premiered many chamber works including some by Wolfgang Rihm, Gavin Bryars and Krystof Penderecki and many works by Spanish composers including Leonardo Balada, Anton Garcia Abril, Jordi Cervello, Lluis Benejam, Francisco Felta and Benet Casablancas among others.

From 1995-2000 he was assistant principal viola in the English Chamber Orchestra and from 2000 based in Barcelona as Principal Viola in the Barcelona Symphony Orchestra, Profesor of Viola at Conservatory Superior (ESMUC) and the Liceo Conservatories in Barcelona and visiting Professor at the University Alfonso X in Madrid. He has given and regularly gives masterclasses throughout the world.

He plays a Gregg Alf viola (after Gaspar de Salo) made in 1992 in Michigan.