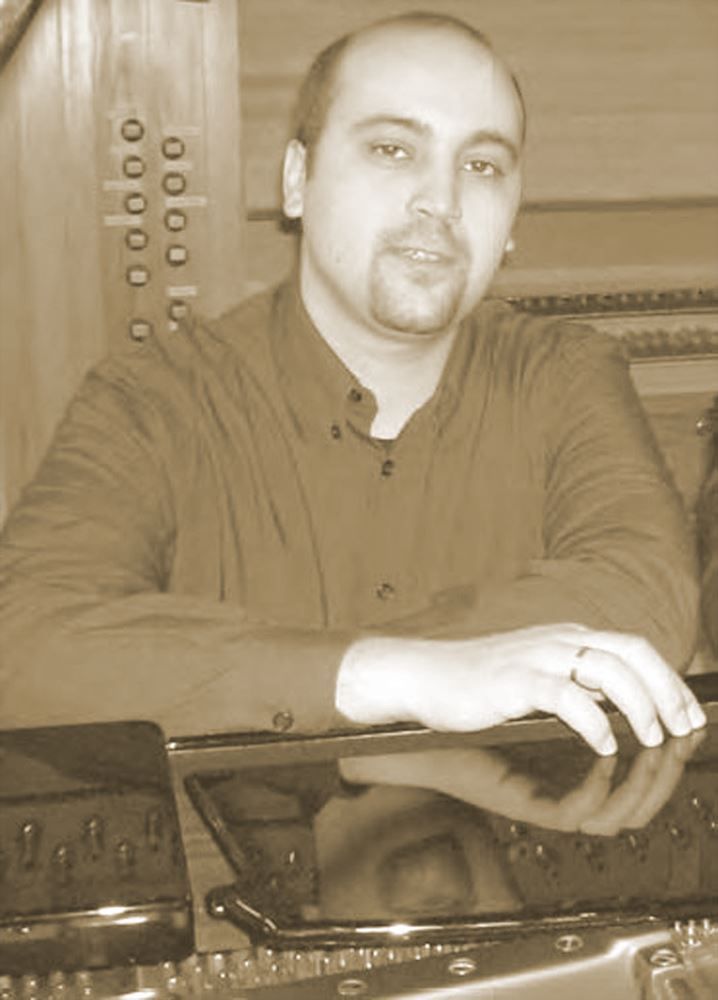 Born in Madrid He obtains the top titles of Piano and Chamber Music with the highest grades, under the direction of M. Carra and L. Rego in the Royal Conservatory of Music of Madrid.

He has been awarded in the contests of Alcázar de San Juan, Carlet, Toledo, Segovia, Guernica, prize “Joaquín Rodrigo”, “Marisa Montiel” of Linares and “Infanta Cristina” of Madrid.

Attend acting courses with Joaquín Achúcarro and Dimitri Bashkirov, among others.

As an interpreter he has given recitals for a large part of the Spanish geography, performing in important halls such as the “Theater-Auditorium” of Cuenca, Teatro Monumental, Teatro Real, Palau de les Arts Reina Sofía. He has made recordings for radio and television, as well as for the labels “RTVE Música” and “Tños”.

Also interested in Chamber Music, he has played with musicians such as violinist Agustín León Ara. At the moment it forms duo of piano to four hands with Angel Huidobro Vega.

He is a Piano Teacher at the Professional Conservatory of Music “Pedro Aranaz” of Cuenca and collaborates with the Orquesta de Radio Televisión Española, the Madrid Symphony Orchestra and as a pianist in the International University Courses of “Music in Compostela”.